Puberphoniaia a learned helplessness is a behavior pattern involving a maladaptive response characterized by avoidance of challenges, negative affect, and the collapse of problem-solving strategies when obstacles arise. Three components are are playing a role in puberphonia boys mind, namely contingency, cognition, and behavior.

Contingency is is a creative idea that there is an identifiable relation between their voice and the environmental response, In our pubetphonia research, contingency is more often operationalized as its converse— uncontrollability—so that when an puberphonia boy speaks, there is no identifiable relation with a specific response. Cognitions are also necessary. These are thought of as the way one understands and explains contingency or lack thereof. How he explain environmental contingencies leads us to the third component of learned helplessness—behavior. Thus, learned helplessness exists in a situation in which there is no observable contingency and in which he expects that this uncontrollability will continue and behaves accordingly, such as by quitting.

Origins Of The Theory- The Elephant Rope A Motivational Story 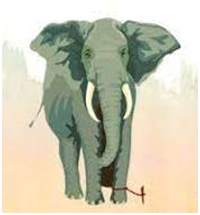 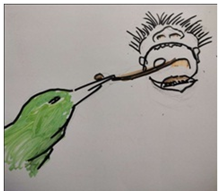 Elephants grow fast, of course. Before long, those cute babies are lumbering giants. But here's the thing: That same thin rope is all that's needed to keep them secured. They think the rope can still hold them, so they never try to break free. Moral of the story: No matter how much the ENT Surgeons tries to bring achieve the high pitch voice puberphnia boys, always continue with the belief that what you want, to achieve high pitch voice to low pitch voice is not possible. Believing you can become successful is the most important step in actually achieving it.

Our researchers applied the theory topuberphonia, it became clear that puberphonia responses are considerably more complex. Early results were generally supportive of the theory while continuing to raise new questions.

“Why” when something happens and noted that their answers can often lead to specific and predictable reactions to events. We now proposed, a puberphonia person need only expect that an outcome is noncontingent for learned helplessness to result. How the expectation of noncontingency is arrived at is less important, whereas causal attributions of why the outcome is noncontingent become more important in predicting the nature of subsequent deficits. These adjustments in the theory proved more powerful in predicting behavior.

Uncontrollability seems to be associated with increases in negative emotions such as anger, anxiety, and depression, reduction in observable aggression, and increased arousal. Self-esteem is particularly susceptible to learned helplessness. Research findings imply that individuals who experience noncontingent outcomes may become increasingly likely to display the helpless pattern. We have demonstrated that failure to avoid the aversive event was associated with subsequent failure at a cognitive task, and that failure at a cognitive task was associated with failure to avoid the aversive event, effectively establishing “cross-modal helplessness”—generalization from one type of task to another. This was crucial to the advancement of the theory.

These findings continue to support the idea of helplessness as a coherent set of deficits, rather than simply a task-specific problem. Individuals who demonstrate helpless patterns make statements suggesting that they believe themselves to be personally responsible for failure, to attribute their failures to stable circumstances, and to state that these characteristics encompass their whole selves. In other words, they seem to believe that they have failed because they are stupid, they are going to remain puberphonic, and everything they do is stupid—controllability, cognitions, and behavior. This pattern is often referred to as “explanatory style,” and much research has gone into supporting the idea that humans tend to use a particular style to explain both good and bad events.

Human beings are quick to adapt to new circumstances—a quality that has helped us survive and thrive. But it also means that the positive things that initially make us happier soon become our new normal. We feel that perhaps it is adaptive for an individual to stop responding in the face of failure and that failure to solve the problem, not uncontrollability, underlies the helplessness phenomenon.

We demonstrated that, whereas failure resulted in decreased mood, it was the condition of uncontrollability that resulted in task performance deficits. Their data support the idea that participants can distinguish uncontrollability and failure and that passivity as a behavior is a deficit, rather than an appropriate response.

Who Does Learned Helplessness Affect?

Puberphonia exhibiting this pattern have difficulty acquiring and demonstrating cognitive skills in the face of adversity. They demonstrate dramatically poorer outcomes in a wide variety of domains, including social relationships, sports, moral development, and academics. It is apparent that a child’s orientation toward challenging tasks has a compelling impact on the child’s future adjustment in a variety of areas.

There is very little evidence at this point describing the antecedents of learned helplessness. Application Of The Theory

We have also learned through several different studies that learned helplessness can be unlearned.

What is learned helplessness in puberphonia?

Learned helplessness in puberphonia is a state that occurs after a person has experienced a stressful situation repeatedly. They come to believe that they are unable to control or change the situation, so they do not try — even when opportunities for change become available.

we explore the state of learned helplessness in puberphonia for some people, it is linked with post-traumatic stress disorder (PTSD) and suggest some ways to overcome it.

They have “learned” that they are helpless in that situation and no longer try to change it, even when change is possible.

Once a person having this experience discovers that they cannot control events around them, they lose motivation. Even if an opportunity arises that allows the person to alter their circumstances, they do not take action.

Learned helplessness can increase a person’s risk of depression.

becoming passive in the face of trauma

can increase in stress levels

not asking for help

ascribing success to factors beyond their control, such as luck

Why does learned helplessness affect some people and not others?

A person’s experiences can increase their risk of developing learned helplessness.

How to overcome learned helplessness in puberphonia

People with learned helplessness can overcome it. The most common treatment is therapy, especially cognitive behavioral therapy (CBT). CBT helps people overcome these types of challenges by changing how they think and act.

Explore the origins of learned helplessness

Replace thoughts and behaviors with more positive and beneficial ones

Set goals and tasks for themselves

We suggest that all nasal resonance breathing exercise can prevent learned helplessness in puberphonia and it is possible to overcome puberphonia with UMAR therapy and lifestyle changes.